Sitting on a plastic seat, surrounded by noisy over energetic people whilst feeling slightly hungover from the night before sounds like a nightmare for most people, but when Japfest comes around the Mondello grandstand is the only place I want to be!

Its been crazy over the years how many amazing moments have been view from that one view point at Mondello over the years. From Chris Forsberg battling in the 240sx to Tomas Kiely battling James Deane until his engine blew, that one spot has become historic.

The final round had been set painted as the battle ground where Jack Shanahan and Duane Mckeever would finally settle an old score with one of them coming away with the Championship win. Both drivers wanted it for their own reasons, but once Jack missed out on qualifying due to a horribly timed technical issue no one was quite sure how  the final round was going to pan out!

Kevin Quinn has had an amazing year at IDC and out of everyone he’s developed more than any other driver. His weekend could have easily been cut short when the wet track conditions forced Quinn off track in qualifying in what looked like a big crash. His car would survive to fight on to the top 8. 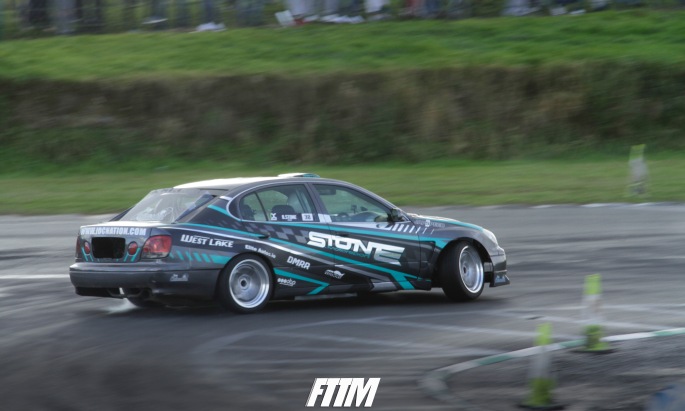 Stone motorworks have been a huge supporting influence in IDC, but their latest showpiece exceeded all expectations. The first competition ready drift taxi is a world first, but even more surprising was that their Lexus taxi went onto the final show making it into the top16.

Tomas Keily’s battle with Duane Mckeever was a controversial one after the two drivers made contact just after clip1. We were all on our feet as Duane’s car lost control and ended up off track. The young Westlake driver held his hands up and admitted to just pushing a little too hard in his chase run and McKeever progressed on. 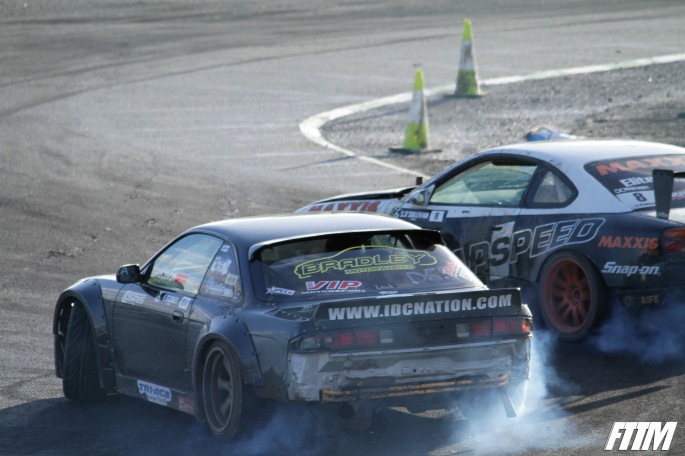 Richard Bradley is drifting in Ireland. He keeps the majority of cars competing in IDC perofrming at their peak and this year hasn’t been an plain sailing for Bradley. He’s had car issues, sacrificed his car in past rounds to keep Mckeevers championship dreams alive and just when we thought he’d have one final drama free weekend his engine blows. He wasn’t going to be beat and spent Saturday night in Stone Motorworks state of the art shop rebuilding an engine to compete with on Sunday. 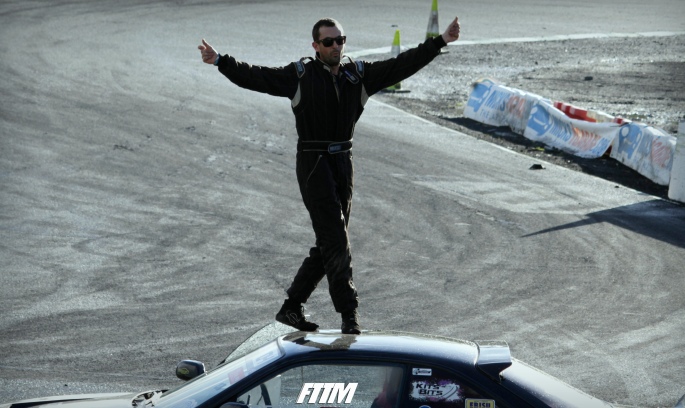 He had some amazing battles with IDC veterans Mikey Fitz and Shane O’sullivan but managed to beat both on his way to the final against the only guy the crowds wanted to see him battle. 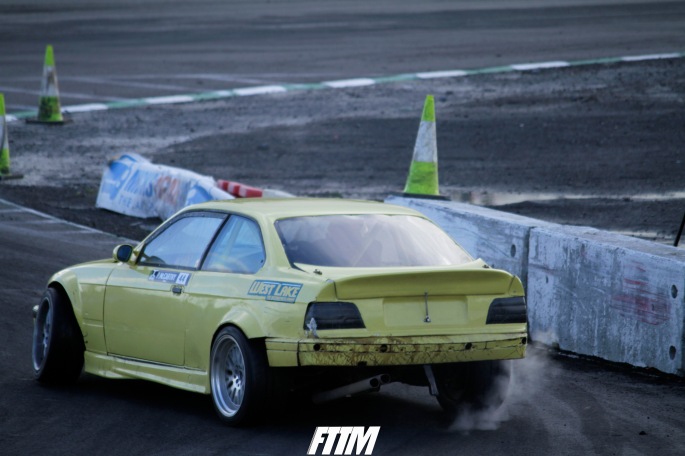 Nigel Colfer has done amazing work this year promoting Irish drifting scene at Drift Allstars, but hasn’t been able to take the top spot on the podium. This wouldn’t be his chance as Duane Mckeever Took him out on his way to the top.

After what can only be described as his comeback year, Duane McKeever took his second Irish Drift Championship win