Many motorsport events use the winter period as a time to stop racing and prepare for a next season in the spring, but the action never quits on the Rallycross calendar. Sunday saw the beginning of the Winter Series, and some fast action from drivers prepared to brave the cold winds of Bishopscourt.

The 1400cc class remains the most popular and had a packed out grid. Stefan Grieve proved he was out to win taking the win in Heat 1 and Heat 2, but would have to make do with second place in the Final. 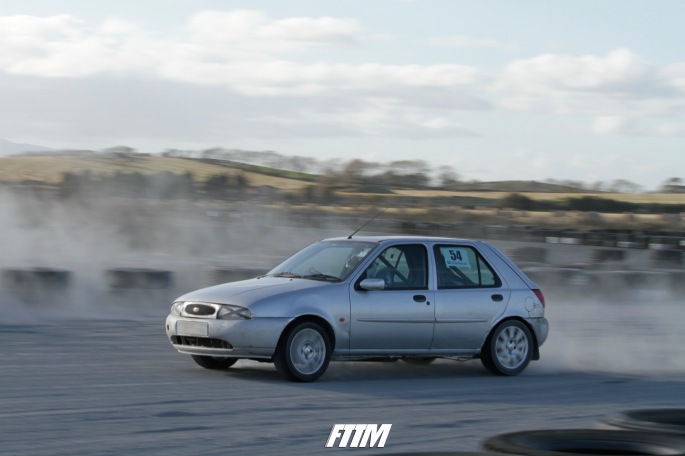 Barry Shannon was attacking the track hard and managed to take the Heat 2 win, before going on to win the 1400cc Final. His Ek civic may have picked up a few battle scars, but isn’t lacking in pace.

The 1600cc class had a great turn out of drivers, but Daryl Brown really set the pace for the rest of the pack, taking both heat 1 and 2 wins, before sailing through the final in his Citroen c2 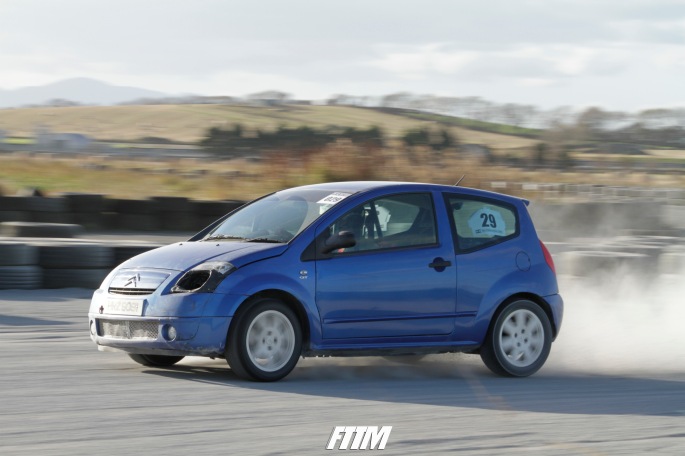 Michael McAlerney stopped browns clean sweep by finishing first in Heat 3. With the rush of a win still in his system McAlerney took second in the final 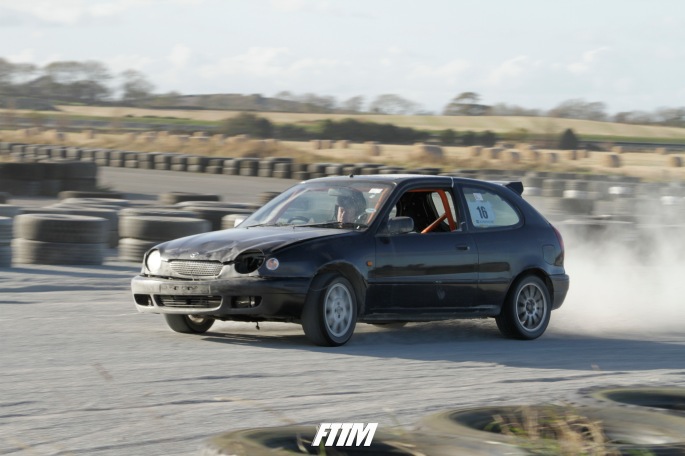 Peter Dornan was putting it to both drivers throughout the day, driving consistantly well. He managed to grab third place in the 1600 final in his Peugeot 206. 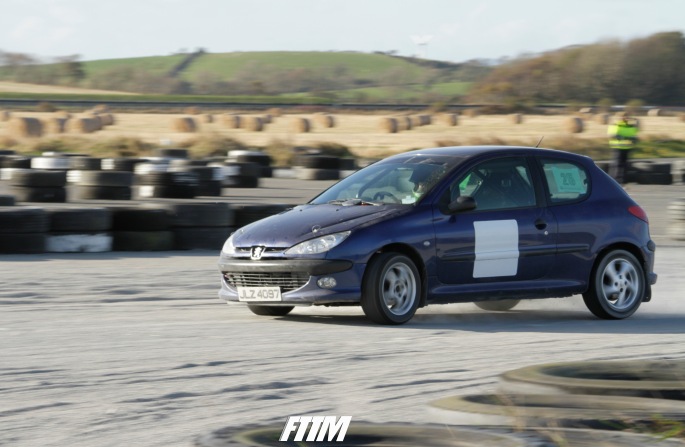 Stephen Hunter has dominated the Modified/open class throughout the year, and showed no signs of slowing the pace during the winter series. His cub cadet 205 took the win in all three heats. 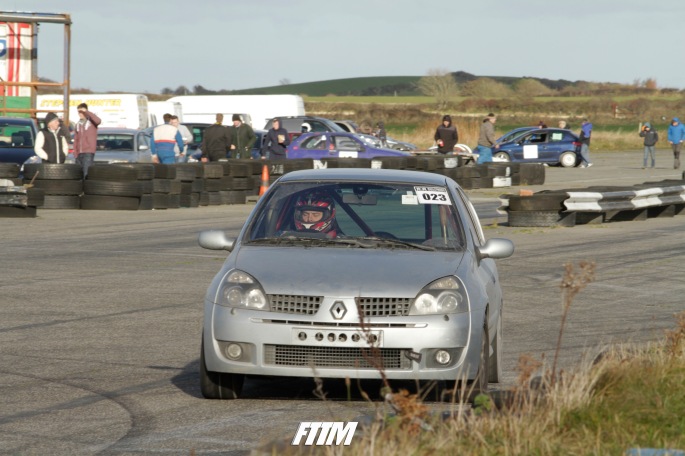 Tiarna Sloan and Gary Duncan would finish third and forth respectively in the Final race.

Another 4 rounds make up the first ever Winter Series and with new entrys already coming in for round 2 in December its still very much all to play for.

Barry’s wouldn’t be the only civic out on track. Colly Feeny’s coupe has picked up a few battle scars thoughout last season, but still put in a great drive on the day

Lee Northtrop took 5th in the 1400cc class, only missing out on 4th by 7 points in the Triple 6 Race development fiesta.